Ze end! April has whizzed by –

What is the zeitgeist of our times?  Will be ever be free of this particular time in history, with its rapid advance of technology and with it the spread of fake news, the rise of nationalism and its concomitant awfulness, climate change and much more, which seems to be the defining mood? 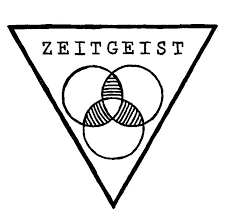 Zorba: Kazantakis, Zorba the Greek: “Free yourself from one passion to be dominated by another and nobler one. But is not that, too, a form of slavery? To sacrifice oneself to an idea, to a race, to God? Or does it mean that the higher the model the longer the tether of our slavery?”

Solzhenitzyn: Gulag Archipelago: “…Do not pursue what is illusionary – property and position: all that is gained at the expense of your nerves…It is enough if you don’t freeze in the cold and if thirst and hunger don’t claw at your insides. If your back isn’t broken, if your feet can walk, if both arms can bend, if both eyes can see, if both ears hear, then whom should you envy?” (with thanks to my bridesmaid who sent this to me).

Zorba: “Every man has his folly, but the greatest folly of all, is not to have one.”

Khalil Gibran: Love is the only freedom in the world because it so elevates the spirit that the laws of humanity and the phenomena of nature do not alter its course.

Thank you all for coming by to my Freedom posts. I’ve so enjoyed and appreciated your comments.